Mighty made a big splash recently with their HN launch. Some people like it, some don’t, some even call the idea crazy.

Most commentators seem to be focusing on CPU / RAM savings as the pros and input latency / pricing as the cons. I find Mighty to be interesting for a completely different reason.

In my opinion, Mighty might work because of the effect of latency on back-and-forth communications.

Most modern web based systems chit chat a lot and exchange messages based on the information they received from prior communications. Examples of this are: 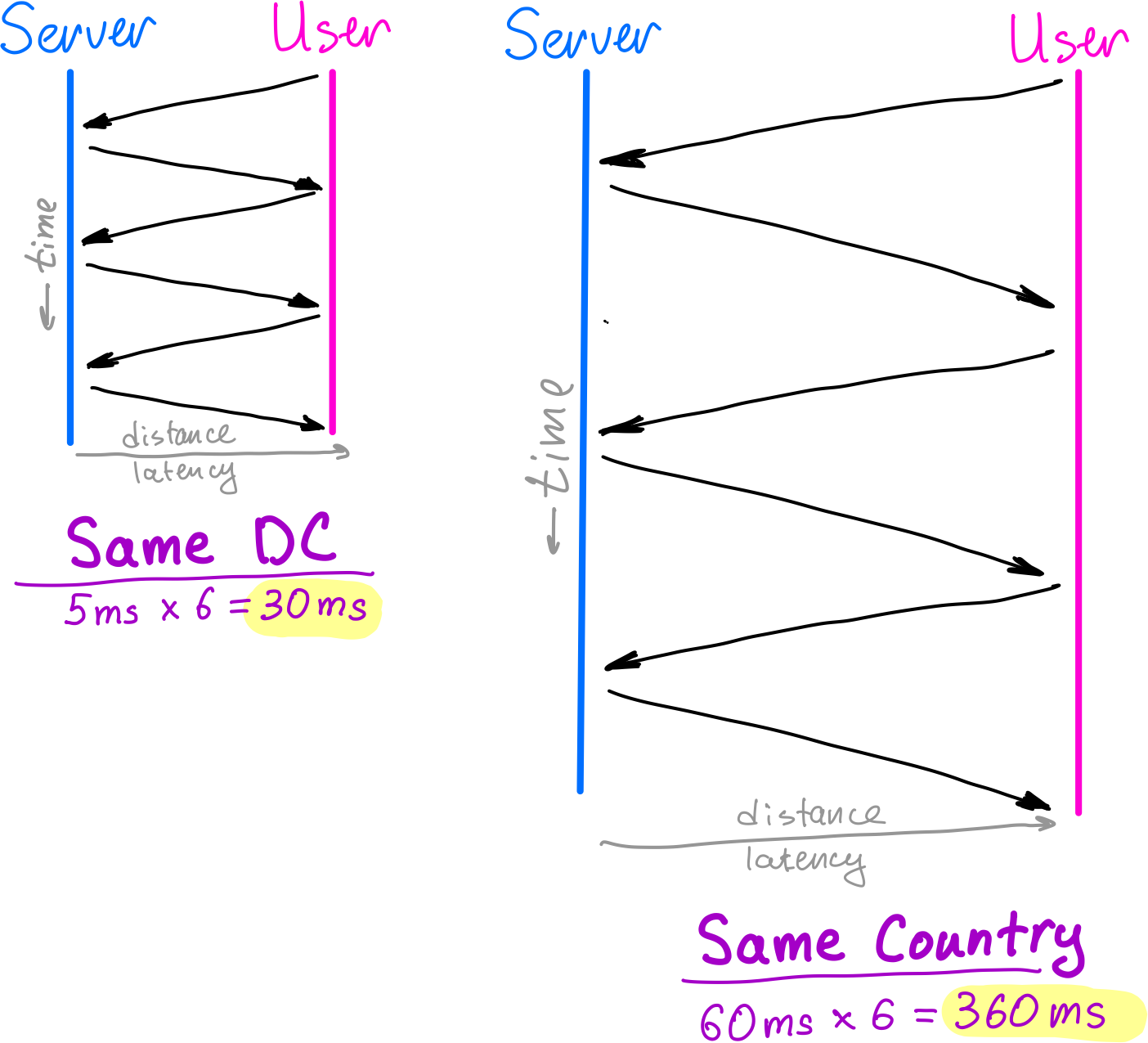 The effects of latency increase as you move users and servers further apart.

Latency in and of itself is not that bad. Latency + back-and-forth communication is the plague of modern day web. 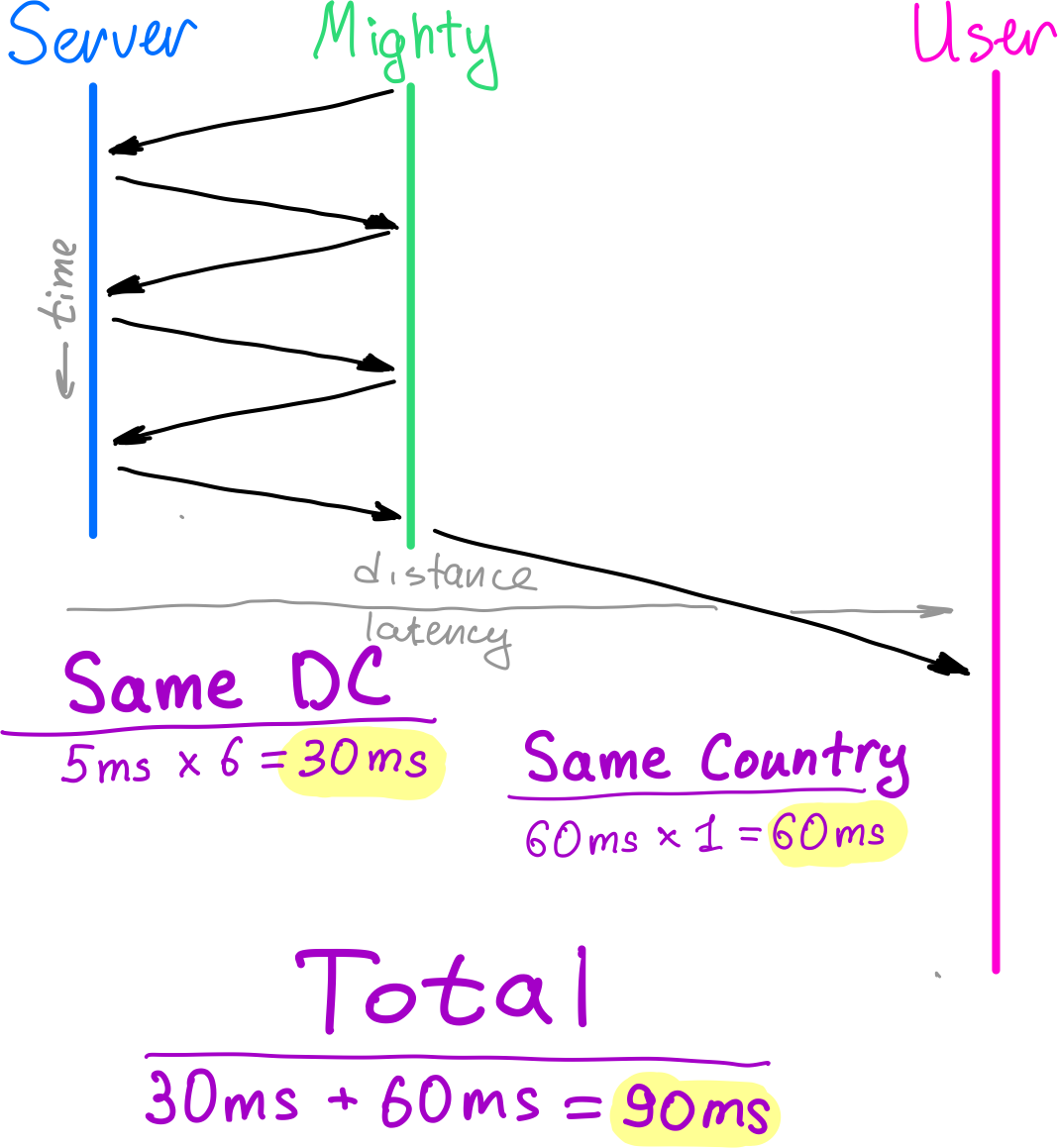 In this example the resulting latency is 90ms vs 360ms for the "standard" setup.
And that's only with 3 back-and-forths

I could see a future in which Mightly becomes a client for a network of Mighty-enabled websites where instead of an HTTPS loadbalancer you put a video-streaming (Mighty?) server in front of your backend. How’s that for a crazy idea?